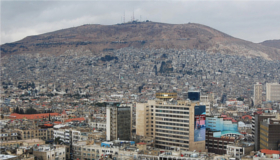 Climate change sceptics and Republicans were quick to respond.

This argument is interesting for several reasons reasons. O’Malley and others who have made the connection are partly correct. There are connections between climate change and armed violence. They are only partly right, and their assertions are simplistic. But by presenting this (simplistic) case they have enraged the climate change sceptics on the US Right. But the narrative linking climate change and terrorism is mainly designed by Democrats to convince the sceptical US right wing of the need for action on climate change.

So, is there a link between climate change and ISIS?

The short answer is somewhere between “sort of” and “maybe”. Here is how the argument goes. Climate change has lead to more drought. Syria encountered a prolonged drought over the last decade. And there is good evidence that the severity of the Syrian drought was increased by human caused climate change. Rural agricultural livelihood were degraded and people could no longer support themselves. Many moved into Syria’s cities in the hope of finding work. This is a common pattern of internal migration linked to climate change.

Many of the new arrivals found themselves living in appalling slum-like conditions. Anger grew at the regime’s many failings and human rights abuses. Including the failure to deal properly with the drought. Anger and a larger number of people living in urban poverty provided the conditions for the start of an uprising against the regime.

It seems fair to link climate change, the Syrian drought and the initial uprising. (Read our analysis of the research behind these connections).

The uprising began as a secular movement hoping to topple the Syrian regime. But rapidly descended into a sectarian war. What began as a popular uprising demanding democracy, was replaced by a battle between extremist groups and the Assad regime. The path from the uprising into sectarian civil war had little to do with climate change.

Several political factors made this transition from uprising to civil war possible. It isn’t be possible to give an exhaustive or detailed account of these factors. But it is worth pointing to a few to demonstrate the interplay between climatic and political factors.

The presence of ISIS in Iraq

After the invasion of Iraq the US and their allies failed to create security forces capable of retaining control of the country. They also failed to create democratic institutions that most Iraqi citizens viewed as fair or legitimate.

The US made much of the new one million strong Iraqi security services it had put in place. The reality was that this new force was incapable of dealing with ISIS. Corruption and desertion often handed ISIS easy victories. ISIS took the cities of Falluja and Mosul with more ease than many expected. Having gained strength in Iraq there was little to stop the flow of people and weapons between Iraq and Syria. The initial uprising in Syria may have been partly caused by climate change. But the unstable situation in Iraq was key to the uprising descending into a protracted conflict involving ISIS. 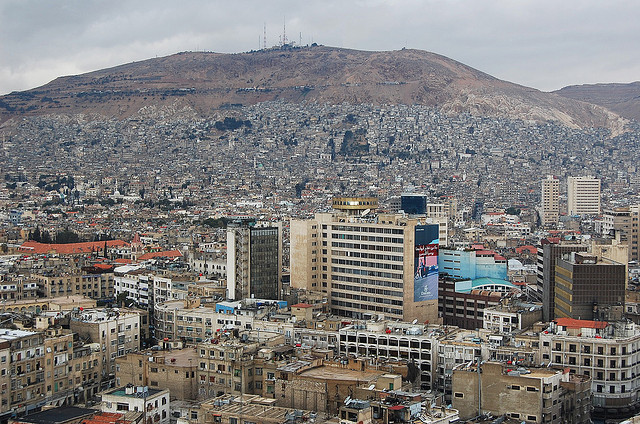 The presence of weapons and funding

Several wealthy countries have fuelled the violence by funding and supporting opposition groups. In some cases funding has been knowingly given to terrorist organisations in the hope they will topple the Assad regime.

The UK and US have consistently funded opposition fighters. Although ISIS were never directly handed weapons by the UK or US, much of the military hardware has ended up in the hands of ISIS. The conflict in Syria is not simply between a united group of rebels and the Assad regime. Several non-state actors are also at war with each other, including ISIS. During this inter-group warfare ISIS have captured weaponry that was intended for the fight against the Assad regime.

Other countries have also contributed to the flow of weapons and money into Syria. Wealthy individuals within Saudi Arabia, Dubai and Kuwait have funded violent groups across the middle east. Including in Syria in the hope of deposing Assad. The governments of those countries have failed to intervene and control this flow of cash. Again much of this funding has intentionally or accidentally ended up in the hands of ISIS.
Again, this flow of cash and weaponry has little to do with climate change. The initial conditions for the uprising have a climate change connection. But the path from secular uprising to protracted civil war had other political, military and financial causes.

Why have prominent US politicians been making the climate – ISIS connection?

By presenting climate change as a force that might give rise to new terrorist groups that threaten America’s national security, they hope to win Republican support for action on climate change. Or perhaps at least reach a point of cross party agreement on climate change enjoyed by many other countries.
But it is difficult to say how successful this strategy has been. The links between climate change and terrorism are complex and uncertain as we’ve seen. This makes these claims a prime target for climate change sceptics. They have found it fairly easy to pour scorn on the climate – ISIS connection, simply because there are so many other forces involved.

The Obama administration has had a number of key failings in dealing with conflict in the Middle East. Arguably they are the same failings a Republican administration might have made. However the climate sceptic Republicans have framed the Democrat arguments as ‘making excuses’ for their foreign policy failings. In an attempt to create ‘Republican friendly’ climate change narratives the democrats have actually handed their opponents more ammunition.