Climate change and the Calais refugee “crisis”. Is there a climate connection? 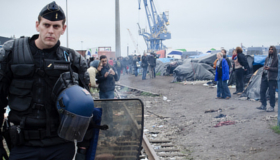 Are any of the refugees attempting to cross the channel from France to the UK fleeing climate change? The short answer is probably not. But the New Scientist ran an Op Ed arguing that the “chaos” in Calais is “a taste of what a warmer world may bring”. The piece argues that the situation in Calais – resembling a “dystopian sci-fi movie” – could become common in the future as more people flee climate change impacts.

Let’s unpack the the claims of the article and see how they stack up against the available evidence.

There is good evidence that climate change is already creating new patterns of migration and displacement. Climate change is leading to more frequent or powerful sudden disasters (such as Typhoons and flash floods) and these are forcing people to flee. In general when people face these sudden disasters, they tend not to move far. Usually they remain within their own country. Climate change is also worsening some slowly unfolding disasters like droughts and desertification. As these disasters erode peoples’ agricultural livelihoods they often move to find other work. Usually they move within their own countries and often to the nearest big city of town.
Are people in Calais at the moment fleeing climate change impacts?
This seems unlikely. The main countries of origin of people seeking asylum in France or the UK are essentially a list of the world’s war zones: Syria, Eritrea, Pakistan, DR Congo. Most of the people in Calais hoping to reach the UK are fleeing conflict, and the poverty that results from conflicts even if they have ended.

So why are people attempting to cross the Channel rather than seeking Asylum in France? Reports have suggested several motivations. Many of the people in Calais have family already in the UK. Living where they have family networks and support obviously makes more sense. Many people speak English, but not French. So they hope their chances of finding work and settling in will be better in the UK.

The primary ‘push’ factor for most of the people in Calais has been conflict and its aftermath. The ‘pull’ factor from France to the UK seems to be family connections and the prospect of work, due to speaking English. Climate change, or climate-related disasters are not among the primary forces creating this human movement.

But could climate change have played a role in creating some of the conflicts and poverty they are fleeing?

Possibly. But the evidence here is contested and controversial. There is some evidence linking climate change to drought in Syria and then to to the initial uprising against Assad. (Do read our analysis of this research). While drought might have been among the early causes of the conflict, it is primarily political factors that turned the uprising into an extended civil war. The primary force driving people out of Eritrea is human rights violations – often the requirement to perform indefinite military service in slave-like conditions. However, Eritrea has also been badly affected the recurring droughts across the Horn of Africa. It is possible that poverty brought about by drought could be amongst the motivations of some Eritrean refugees.

Both these example show that people are primarily moving for political and economic reasons. Often a mix of conflict and poverty. Climate change impacts might have had a role in creating the conflict of poverty. But the main forces creating and shaping patterns of violence and human rights violations remain political. 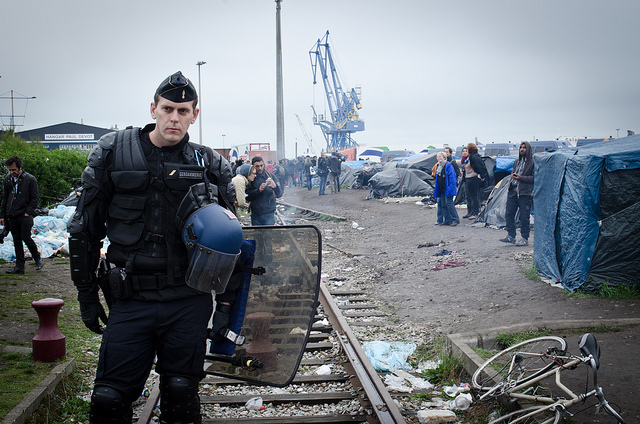 Could a hotter planet see a Calais-like situation in the future, in which people are fleeing climate change?

The main claim of the New Scientist article was not necessarily that the current refugees in Calais are fleeing climate change, but that a hotter planet might push more people to make the same journey. Increased climate change impacts will likely create more human movement. However, the movement is likely to follow similar patterns to the existing climate-driven migration. People are more likely to move a short distance, within their own countries, or possibly to neighbouring countries. It is also possible that climate change could make it harder for some people to move. As climate-impacts erode agricultural livelihoods people may reach a point where they don’t have the resources to migrate, and end up trapped where they are.

While a hotter planet might see more people moving, it is less likely that their route will be via Calais to the UK.

Even if this were the case, the dystopian and apocalyptic scenes described in the New Scientist are a result of how cross-border migration is managed. The “dystopian sci-fi” scenes described in the article result from the fact that the UK will not allow people to enter legally. The UK has one of world’s most tightly controlled borders in the world, this makes crossing it extremely difficult and dangerous. When people attempt to cross it, they are forced to resort to extraordinary measure such as attempting to cling onto the underside of trucks as they enter ferry terminals. If the UK allowed people to enter and seek asylum, the “dystopian sci-fi” scenes would not exist.

A hotter planet will likely mean more human movement – perhaps not between France and the UK – but certainly between other places. On a hotter planet, the key to avoiding Calais-like situations will be to allow people to move legally and more easily.