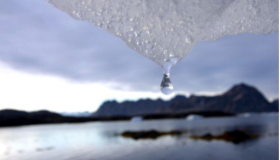 Climate Change A Risk Assessment aims to help governments assess how much effort should be spent reducing emissions, given the risks a hotter planet could create. The report looks at many of the dire risks a hotter planet will face: crop failure, flooding, sea level rise, water stress. The report then looks at what it calls ‘systemic risks’ that result from these physical impacts.

The report was prepared by Cambridge University’s Centre for Science and Policy and commissioned by the UK’s Foreign and Commonwealth Office.

Migration and climate change
The report sees migration entirely as a risk to receiving countries and areas. Migration linked to climate change is presented as something that could destabilise places that migrants move to. The report argues that the arrival of new climate migrants could lead to armed conflict. This – they claim – would result from new ethnic tensions and conflict over resources. Wars between states might erupt as migrants attempt to cross borders and receiving countries attempt to repel them. The report also claims that climate linked migration could become a new driver of terrorism. And that migrants could cause the spread of disease.

While predicting the future is difficult, and exploring future possibilities is important, it is also important to examine what existing evidence suggests is most likely:

The idea of sudden, large scale, international migration caused by climate change is not well supported by existing evidence.

It is also important to examine the balance of evidence behind some of the claims about the impacts of migration in the report.

At the moment the connection between climate change and conflict is deeply controversial and highly contested within accademia. There is an emerging consensus that climate impacts may already be having a very limited impact on levels of violence. But, other political forces remain the most important factors in creating conflict. This applies to civil conflict and inter-group violence (two non-government armed forces fighting). There is little evidence that climate change will become a key factor in states deciding to use their armed forces against each other. Importantly, there is no evidence that migration and displacement linked to climate change is a driver of new violence.

There is little evidence that migrants and refugees themselves choose to take up arms and fight in their new locations. In fact, it is far more likely that they will be victims of violence while moving between locations. Similarly unaccompanied migrant minors are highly vulnerable to exploitation and abuse. The real risk is to migrants and refugees themselves, rather than migrants creating security risks in the places they move to.

The report also ignores the key issue of migration as adaptation. Rather than seeing migrants as a security threat, this concept sees migration as a way for some of the most vulnerable people to adapt. In the face of climate change impacts, many people may wish to move. The solution is to seek to facilitate this. By allowing people to migrate, many people will chose to leave high-risk areas. By giving people this option they may migrate and seek work before conditions at home become intolerable and they are forced to move in desperation.

When migration does create problems it is often because people are forced to move illegally. Migrants and refugees are more likely to die or face injury if their journeys have been carried out in secrecy. They are also more likely to become victims of abuse and trafficking if they are undocumented. Migrants are far less likely to seek medial attention, or report crimes against them if they are  undocumented.

The risks that migrants face can be mitigated by creating new legal migration routes. In the face of climate change impacts these new migration options become increasingly important. However this is missing from the report’s Risk Reduction chapter.

Evidence
To evidence the claims the report frequently references the UK Government’s report Migration and Global Environmental Change, commonly called The Foresight Report. Foresight does make a strong case connecting climate change and migration. However it never makes the case for climate linked migration being catastrophic or massive. In fact, it argues that determining the number of “climate migrants” is actually impossible given the multiple forces creating human movement. Foresight also popularised the idea of climate immobility, the idea that people might become trapped and unable to move due to climate impacts. Further, it also made a strong case for using migration as a form of climate adaptation. It never argued that migration is a security problem, or a driver of conflict and terrorism. In fact it went to great lengths to make the case against these connections.

Interestingly, at no point in their discussion of migration and displacement does the report reference the Fifth Assessment report of the IPCC. The Human Security chapter of Working Group II represents a recent and very comprehensive review of much of the evidence linking migration and climate change. The assessment does point to important connections between climate change and migration. However, it also points out the difficulty of estimating numbers of potential migrants, and does not point to a powerful connection between climate, migration and armed violence.

Climate Change A Risk Assessment has presented a group of highly vulnerable people as a security threat, when in fact there is little evidence for this. In doing so, it has stoked existing fears and prejudices about migrants and refugees. The report has performed a useful task in helping governments see climate change in terms of risk – however adding migrants to a list of other catastrophic risks is both inaccurate and unhelpful. 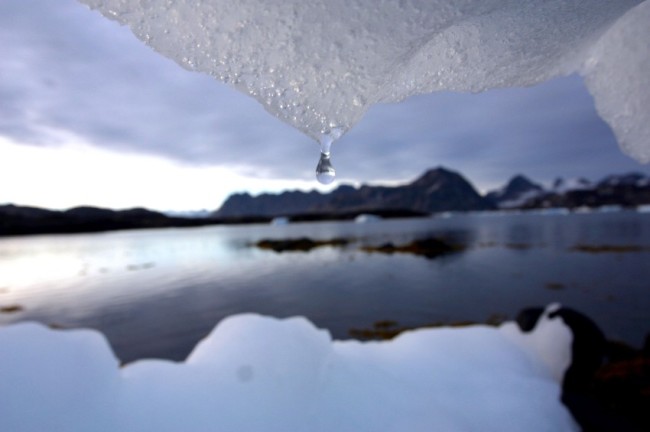