This lecture was part of the course ‘Climate change and migration: predictions, politics, policy’

The is a lecture I gave as part of our course on climate change and migration.

What kind of political ideas will underpin these policies? This lecture makes the case that many governments are already looking to a particular set of political ideas to craft their response to climate-linked migration. Many of the current responses bear the hallmarks of neoliberal logic: they look to markets to provide solutions, and see a shrinking role for governments. They look to individuals to be responsible for their own welfare, rather than seeing states as key providers of safety.

This lecture looks at why these political ideas have come to prominence. It looks at how improving patterns of income equality after the second world war created a sudden political backlash which then ushered in a new politics underpinned by privatisation, shrinking the role of the state and the creation of markets to address social issues. The lecture sketches out a history of neoliberalism, and then looks at how the culmination of this political thinking is reflected in the policies that are being created to address climate change and migration.

The lecture is part of a year long course we’re running on climate change and migration. This lecture however works on its own. You don’t need to have done the previous lectures for it make sense. 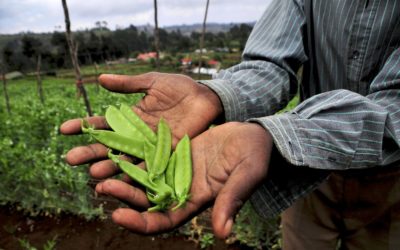