Syria and climate change: did the media get it right? 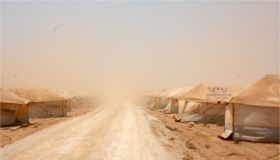 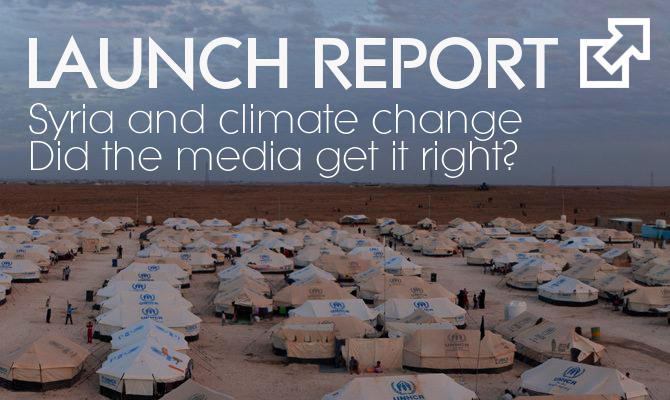 In 2015 the media exploded with stories about the link between climate change and the violence in Syria. But did they get it right?

This digital report argues that while there are important links between climate change and the Syrian situation, the media has got it wrong. This report makes a powerful case for a more accurate and subtle relationship between climate, drought and the ongoing conflict and refugee situation. 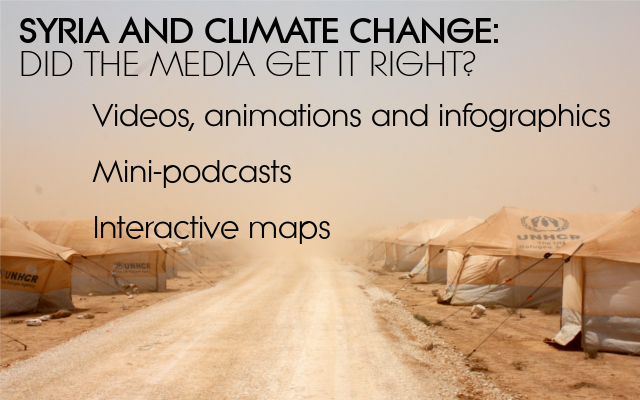 Through maps, animations and podcasts this digital report argues that climate change did play an important role in the beginning of the conflict. However, it makes the case that the media fundamentally misunderstood the role internal migration played in starting the conflict. While many media sources argued that violence erupted between migrants and residents over scarce resources, this report argues that the initial uprising was in fact an act of cooperation and an attempt to overthrow the regime.​