Research Round Up: Environmentally induced migration, driven by choice or necessity? 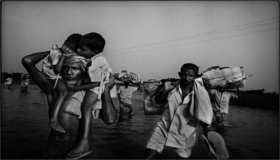 Why should we be concerned about environmentally induced migration?

This essay discusses environmentally induced migration and questions if people actually have a choice in relocating or not. In situations of acute natural disasters like hurricanes and flooding, people have no choice but to move (at least as a short-term solution). Gradual environmental change like droughts and sea level rise enables populations to plan to leave slowly over time and is likely to be more voluntary and long-term. Distinctive policy interventions are needed during all different types of environmentally induced migration, ranging from adaptation strategies to people who are unable to migrate, protection during the displacement as well as resettlement and integration measures for migrants whether it being domestically or abroad.

Due to the various ways in which population movements linked to climate change can increase, there exists gaps in international law regarding the protection of people that are forced or who choose to move voluntary. Consequently, there is a lack of a common definition. The concept of ‘environmental refugee’ has been somewhat widely used but is controversial in the sense that a ‘refugee’ is someone that is prosecuted and expected to return to his/her home country – something that not will be possible for many Small Island States migrants whose homes will become submerged. A more broadly drawn concept is ‘environmentally induced migrant’ that represent people with a choice whilst ‘environmentally induced displacement’ expresses forced forms of mobility, primarily provoked by environmental change.

In order to prevent climate induced migration from deteriorating into a humanitarian crisis, reaching a global consensus on a definition is vital to establish a suitable legal framework that grants migrants the basic human rights and protection. 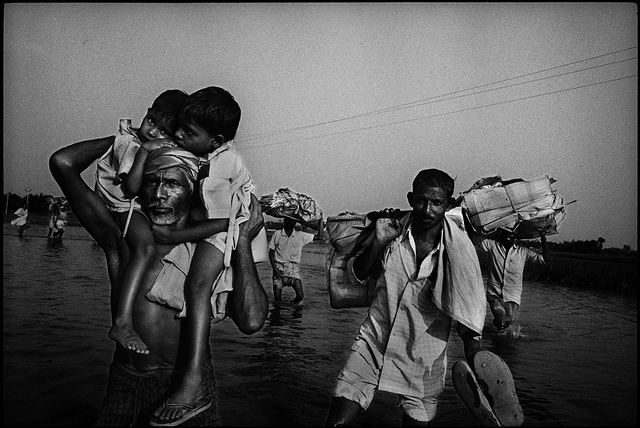 People return to their villages in the floodwater in Bihar, India on September 30, 2008. The flood of the Kosi River caused a slow but steady flow of water, which was relatively shallow, but tens of kilometers wide covering local infrastructure entirely.

Chanelle Andrén is a volunteer UK Climate Change and Migration Coalition and writes the round up of new research on climate change, migration and displacement. Her background is in International Human Rights Law with specialisation in ‘Just Transitions’.