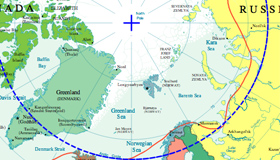 “If we relocate during the summer, we’d need a lot of barges to move everything …The thought of moving our village is very sad because Shishmaref is the place where I grew up. Shishmaref is a great place to live because everyone knows each other. If we move, it would probably bring our community closer together. It could be totally opposite though because some people might just move to a new place. If we move, it won’t be the same because it wouldn’t be the Shishmaref that everyone knows.”
Allison “Anisaaluk” Nayokpuk, Shismaref, Alaska

“About ﬁve years ago the sea ice used to take longer to melt. It lasted about 10 months but now it’s only 8 months. This harms our way of life, our way of hunting, our way of ﬁshing, and our way of traveling from one place to another.”
Charlie Nakqashuk, Pangnirtung, Nunavut

Like many nomadic people, indigenous groups in the arctic have used mobility as a way of adapting to changing circumstances. Climate change must therefore be seen as one factor among many which changes the patterns of movement among indigenous Arctic peoples.

Over the last half century there has been a general decrease in the mobility of indigenous Arctic people. One cause of this has been the desire of central governments to provide services such as health and education, which, the governments have argued, required nomadic people to settle into small town and villages. This sedenterization has not always been voluntary and there are examples of forced settlement from across the Arctic region, especially in the Russian far north. Forced movement as well as settlement has also taken place. The primary example being Canada’s resettlement of many Arctic people to the far North of the country. Many claim this was politically motivated and was a way of the Canadian government reasserting sovereignty over the area at the high of the Cold War. Another major trend has been the out-migration of young people in search of work and education in other locations.

Therefore changes in mobility linked to climate change must be seen in the context of these other significant factors. None-the-less climate change has recently become an important and emerging force shaping the movement of people in the Arctic region. Climate change has impacted the mobility of indigenous Arctic peoples in a number of ways. Changes in habitat caused by climate change are altering the way in which people forage and hunt. Changing weather patterns are also changing the usual range of herd animals, forcing people to move with them in order continue hunting. With thinner winter ice, crossing rivers and lakes becomes harder or impossible. Traditional routes of movement for mobile hunters are therefore changing or disappearing.

Many Arctic communities depend on barges for their supplies. Increased numbers of storms and the melting of a layer of protective sea ice has caused many barge landing sites to become unusable due to erosion. In a number of cases this has forced people to find new barge sites. However, in one notable case the disappearance of barge sites and other coastal erosion has left the village of Newtok facing relocation.

Climate change may also result in new industry and actively in Arctic regions, which will have implications for the movement of people. As ice thins and melts new opportunities for fossil fuel extraction and mining emerge. This could mean that Arctic people move in order to find work in these new operations, and that people from other areas will increasingly move into the Arctic. However it is unclear what impact these new operations will have on the culture, health and well-being of indigenous people. As a statement from the Indigenous Peoples Global Summit on Climate Change put it “any economic advantage that might trickle down to the Inuit cannot compensate for the hugely negative effects of climate change on their health and well-being”.

Further, the fact that the melting Arctic has created the opportunity for more fossil fuel extraction is deeply and tragically ironic.

Moving Stories is a new series of blog posts that use the voices of real people to explain the relationship between migration and climate change across the world. For this story we are grateful for the help of the Many Strong Voices project who conducted the original interviews and Beth Ferris as the Brookings LSE project on Internal Displacement for her recent work on migration and Indigenous people in the Arctic region.