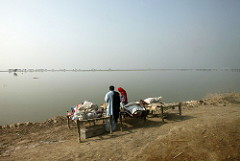 The notion that climate change will cause extensive and largely unprecedented human migration likely comes as no surprise to readers of this blog.

Rising seas, changing weather patterns, and increasing frequency and intensity of severe weather events will become commonplace in the latter half of the twenty-first century. In fact, some commentators have argued that the Syrian refugee crisis has been caused, at least in part, by climate change. With the widely celebrated Paris Agreement recently coming into force, many suggested that the negotiators failed by not going far enough to protect people displaced by climate change. Certainly, the text of the agreement did not directly address climate-linked migration, but the negotiations leading up to the Paris Agreement provided an illuminating window into perhaps the most promising solution yet.

Before considering a proposed solution, it is worth noting that climate change migrants find themselves in legal limbo under current refugee law. For traditional conflict refugees, the 1951 Refugee Convention provides protected legal status. But as currently written, Article I of the 1951 Refugees Convention only covers people fleeing persecution by their own government on the basis of “race, religion, nationality, or membership of a particular social group or political opinion.” In ordinary cases, people fleeing climate change will not fit this definition.

Some have argued that the best possible solution would involve simply expanding the scope of the 1951 Convention. But these views are misguided. First, folks who work with the refugee community fear that expanding the definition will devalue the already tenuous status of refugees. Moreover, the 1951 Convention only covers those moving from one country to another; climate-linked migration will mostly be internal, at least early on, so adding it to the 1951 Convention would face staunch opposition and only result in a minor practical victory.

Instead of tackling climate-linked migration onto the existing refugee system, others have suggested crafting an entirely new treaty (perhaps inspired by some of the core elements of the 1951 Refugee Convention). On this view, people fleeing climate impacts would receive similar rights to refugees, but tailored to meet the particularities of climate change. While admirable on its face, this solution is similarly flawed. This time, my quarrel with the proposal lies not in its goals or potential effectiveness, but in its political feasibility. Anti-immigration sentiment is rampant in Western Europe and the United States. I’d argue these sentiments border on racist and xenophobic. It seems clear that the political climate is not ready for a new international treaty calling on developed nations to take climate-linked migration. At least in the United States, a treaty of this magnitude would require Senate approval, which the U.S. specifically avoided in crafting the Paris Agreement. Whatever the merits of a rights-based approach, the world needs to move more quickly than global politics would likely allow. 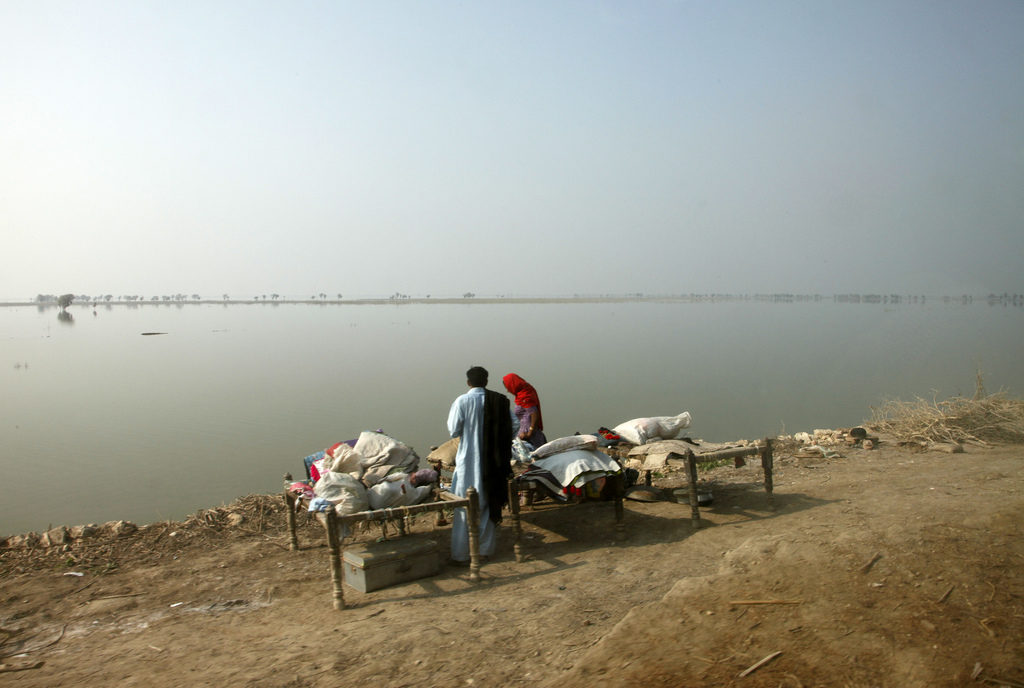 Families returning to their communities following the flooding in Pakistan are often being forced to camp by the roadside. Department for International Development / Russell Watkins. (CC BY 2.0)

In the negotiations leading up to the Paris COP21, discussions emerged about a new body housed within the UNFCCC system: A Climate Change Displacement Coordination Facility. At the outset, this makes intuitive sense. The UNFCCC is the framework convention addressing greenhouse gas emissions and many other climate issues (starting with the Kyoto Protocol and now the Paris Agreement).

Many observers came away disappointed that the Paris Agreement did not address climate migration, but the preliminary negotiations leading up to Paris laid the groundwork for a dynamic Coordination Facility, housed within the UNFCCC system, to protect climate change migrants.

This post is based on the paper Forced Migration After Paris COP21: Evaluating the “Climate Change Displacement Coordination Facility,” by Phillip Warren in the Columbia Law Review.