What should the Rio +20 outcomes document have said about migration and displacement linked to climate change? 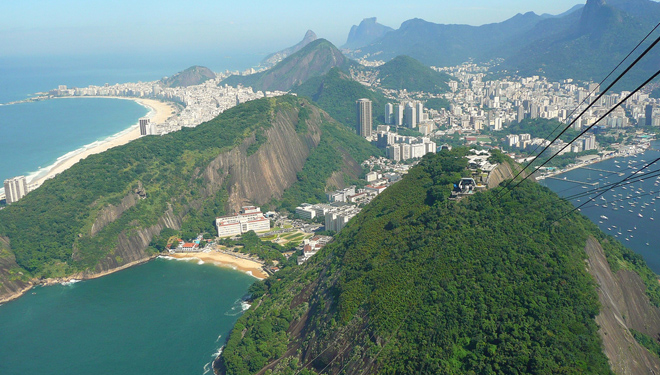 What should the Rio +20 outcomes document have said about migration and displacement linked to climate change? Before the start of the negotiations the International Organisation for Migration (IOM) and the UN Office for Disaster Risk Reduction (UNISDR) suggested the following: that migration should be mainstreamed into climate change adaptation and disaster risk reduction; that migration should be seen as a positive adaptation strategy and voluntary migration should be facilitated to prevent future displacement. In the end the final outcomes document – ambitiously titled “The future we want” – said none of these things.

The story of how these ideas didn’t make it into the final document is one of advocacy by NGOs and international organisations, who in the end ran up against the fact that migration was never going to be a key issue at Rio.

Before the Rio +20 conference started the UN released a draft of the final outcomes document. This was a rough sketch of what world leaders would be debating, changing and eventually agreeing at the conference. This was the point at which the IOM and UNISDR first raised concerns. Like many organisations hoping to influence the outcomes document, they released a response to the first draft. It’s worth quoting several of their suggestions at length:

“The outcome document should explicitly acknowledge that mainstreaming migration into disaster risk reduction and climate change adaptation strategies will both minimize forced population movements and facilitate the use of migration as a positive adaptation strategy. Safe, legal migration opportunities for particularly vulnerable populations can transform them from victims to positive agents for change, generating economic and social remittances – skills, knowledge, networks – which can be brought to bear to assist in building the resilience and sustainability of their communities and countries of origin.”

“Particular attention should be paid to those who are in harm’s way but are too impoverished to move. Here too, planned and well-managed migration can be one important solution for this population of concern. Any inclination to artificially restrict population flows from environmentally vulnerable areas must be resisted.”

The Norwegian Refugee Council (NRC) and the UN Refugee Agency (UNHCR) both released key documents at the Rio conference itself. In a clear call to action, the NRC released its annual figures for the number of people displaced by natural hazards. The figures showed that over 14 million people were displaced by natural hazards in 2011. Releasing the figures at Rio was designed to send a clear message to delegates: displacement linked to climate related hazards must be addressed at Rio. In another attempt to push climate related displacement onto the agenda the UNHCR released a document containing testimonies from refugees in the Horn of Africa. The testimonies detail, often movingly, the connection between climate change, drought, famine and displacement. Again, releasing the testimonies at the conference was designed to send a clear message to delegates. Speaking at the launch of the testimonies UN High Commissioner for Refugees António Guterres made it clear what was required of delegates: “I am convinced that climate change will increasingly be a driver in worsening displacement crises in the world. It is very important for the world to come together to respond to this challenge”

But the pressure of the IOM, UNISR, UN Refugee Agency an the Norwegian Refugee Council didn’t convince leaders that displacement linked to climate change was worth mentioning in the final document. In the end The Future We Want contains two references to migration: Paragraph 144 commits the parties to “seize the opportunities and address the challenges” of migration. Paragraph 157 calls upon states to protect the human rights of migrants. Although these are small steps at least they provide “some openings for more effectively integrating displacement into the post-2015 sustainable development framework” according to Megan Bradley at the Brookings-LSE  Project on Internal Displacement.

Rio +20 represented a flop in other senses too. The outcomes document contains no real progress on any issues. In every section of the document, world leaders acknowledge and express concern about almost every global problem. At no point to they commit to a time scale or plan for for doing anything. However for organisations concerned with displacement linked to climate change Rio represents a bigger failure: the issue isn’t event mentioned.