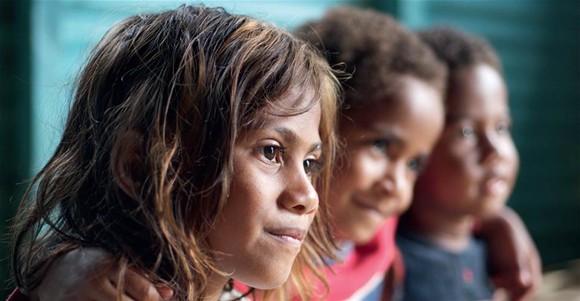 Ilan Kelman is a sharp and dedicated researcher, his native tongue unmistakeably academic. But behind the carefully constructed sentences lies a character of definite moral motivation. I’d call him an activist but I’m not sure he’d identify with such a subjective term. The Co-Director of Many Strong Voices – a joint initiative to strengthen collaboration between Arctic and Small Island States on climate change, I first met Ilan a year ago. During a predictable Question and Answer session at a conference, he rose from his seat and with a brief remark, broke through the silent controversy that so often punctuates policy events of this kind.

‘Overall, the theory behind so-called ‘climate (change) refugees’ has major critiques which have never been fully addressed,’ Kelman says. Ilan is resolutely adverse to easy generalisations on this issue. What then, in the words of Sheila Watt-Cloutier[1], unites people from balmy archipelagos and cold expanses of the northern tundra? According to MSV’s website though the natural and human environments differ greatly, the existential questions climate change raises for both are comparable. In the Arctic and in Small Island Developing States climate change poses a serious threat to the social and cultural fabric of society. True for us all in the long term but most immediately clear in these regions. SIDS view themselves as the ‘barometer’ for climate change.

Climate change undoubtedly plays a role in determining migration decisions. But it is one factor among many. For Kelman, the situation faced in the Arctic and SIDS is the exception to the rule. ‘There is little doubt that some Arctic and SIDS communities have been pushed towards migration due to climate change.’ Despite popular perception sea-level rise is rarely an issue of first concern for SIDS communities. Likewise in the Arctic concerns today are about less sea ice and warmer temperatures on land. ‘Less sea ice means more waves – increasing coastal erosion, warmer temperatures mean that overland winter routes, such as ice and snow roads, are too dangerous to traverse.’ Irrespective of the future impact of sea level rise, the impacts felt today may be more complex but are already affecting livelihoods and social structures. ‘The main way of reducing the risks is to recognise how the environment is changing and to adjust (adapt) livelihoods and cultures to those changes. That can render traditional knowledge and traditional social structures untenable.’ But Kelman questions whether this is truly reducing risk. ‘It might simply substitute climate change risks for social and cultural change risks… we do not know.’

What MSV do know is that communities are already trying to address these challenges, often with little support. Kelman is adamant that people should to be able to make choices regarding their own futures, migration or otherwise, on their own terms. And that they should be able to do so ‘without worrying about also fighting to have their decisions and decision-making processes accepted by others.’ Part of MSV’s mandate is to support better representation of Arctic and SIDS people at the international level. When I ask Ilan whether he’s ever attended a Conference of the Parties (COP) he’s quick to point out that there are people better qualified to represent MSV. Spokespeople from the Arctic and SIDS themselves. The small size of many SIDS means that the international negotiator is often also a legitimate local voice.

Representation is half the battle but are MSV participants being heard? ‘The main challenge is overcoming the better funded voices which end up being louder and having more influence.’ Voices which Kelman calls ‘detrimental to science, policy, and action.’ He talking largely about the lobby which dispute man-made climate change but there are other funding concerns too.

Most of the financial support for MSV activities comes as restricted funding. This means that money is tied to specific project deliverables. ‘Core funding to support peoples in raising awareness and acting in their communities, on behalf of themselves in their own way, would have a much broader, deeper and effective impact.’ The Government of Norway gives MSV self-directed funding, but few donors are as forward thinking. ‘It would be helpful if the outside world could better recognise these ongoing activities’ and provide those peoples already struggling with now long over due  ‘moral, logistical, and financial support.’

Peoples in Arctic and SIDS communities are already tackling climate change on the ground. They are grappling with impacts and building new sustainable futures with scant support from the outside world. There is work to reduce energy demand and work to increase renewable energy supplies. The aim to wean themselves off diesel. ‘That is not saying that the Arctic and SIDS peoples are perfect, but they are adept at admitting problems with their own lifestyles and governance in order to start improving.’ A difficult truth when you consider these communities’ negligible contribution to climate change and ask whether the same could be said to be true in the UK. As a parting question, I asked Ilan whether any of the emerging lessons from the SIDS and Arctic were of relevance to the UK.

1. Listen to people on the ground ‘Not everything of importance happens in Westminster and Whitehall.’

2. Be consistent ‘It is appallingly hypocritical to be seeking ‘solutions’ for expanding the southeast’s airport capacity.’

3. Individuals need to act ‘The Arctic and SIDS peoples are achieving immense successes in making their own communities more sustainable…The UK could do similarly.’

4. Think differently ‘Numerous alternatives exist to be financially productive, socially robust, and economically sustainable. Fulfilling and productive livelihoods can still be supported in a steady state economy. The UK and the world need to move away from the paradigms that caused climate change (and other sustainability) problems in the first place.’

Though Kelman is co-Director of MSV he makes plain that his leadership role means following and supporting those who know much more than himself. Above all, this spotlight has revealed a real admiration for the ‘enduring spirit’ and ‘inspirational action’ of the peoples and partners he works with.  I finish then with a quote from Eneri Henry, Kabebea Moutu, Tauea Moutu, Tirva Kaumai, Terikano Toromon, Tarataake Reubwatu and Taabuti Matikee. MSV participants  from Kiribati:

“Even though we planted 1000 trees, our work is far from done. We must plant more and we have to take care of them because now barnacles are starting to kill the baby plants. So we must pick all the barnacles off the plants if they are to survive. It makes us feel angry because there is another problem to solve. But today when the President helped us it made us feel like our government is strong, cares about the youth and our future. And as Anote said the problems are not just about the future but are effecting us right now.”

Blog Author: Hannah Smith. All views expressed are the authors own. With thanks to Ilan Kelman for agreeing to be in the Spotlight and to peoples in the SIDS and the Arctic  for their inspiration and action in the face of  the challenges today and ahead.

[1] Sheila Watt-Cloutier is an Inuit environment, culture and human rights advocate and Many Strong Voices participant.