Alex is the programme leader of the Climate and Migration Coalition

As the planet warms hurricanes get more powerful. The percentage of hurricanes that are the most powerful (and therefore most destructive) is linked to climate change. The amount of water that hurricanes carry is also linked to a warming planet, and wetter hurricanes drop more water when they hit land leading to worse flooding. The warming we have already had is already changing hurricanes and making them worse. There is also a time lag between us putting carbon into the atmosphere and the temperature going up. This means that unfortunately there is some warming that will catch up with us, regardless of how fast we reduce emissions. However, it is vital that everything is done to limit further warming beyond this. 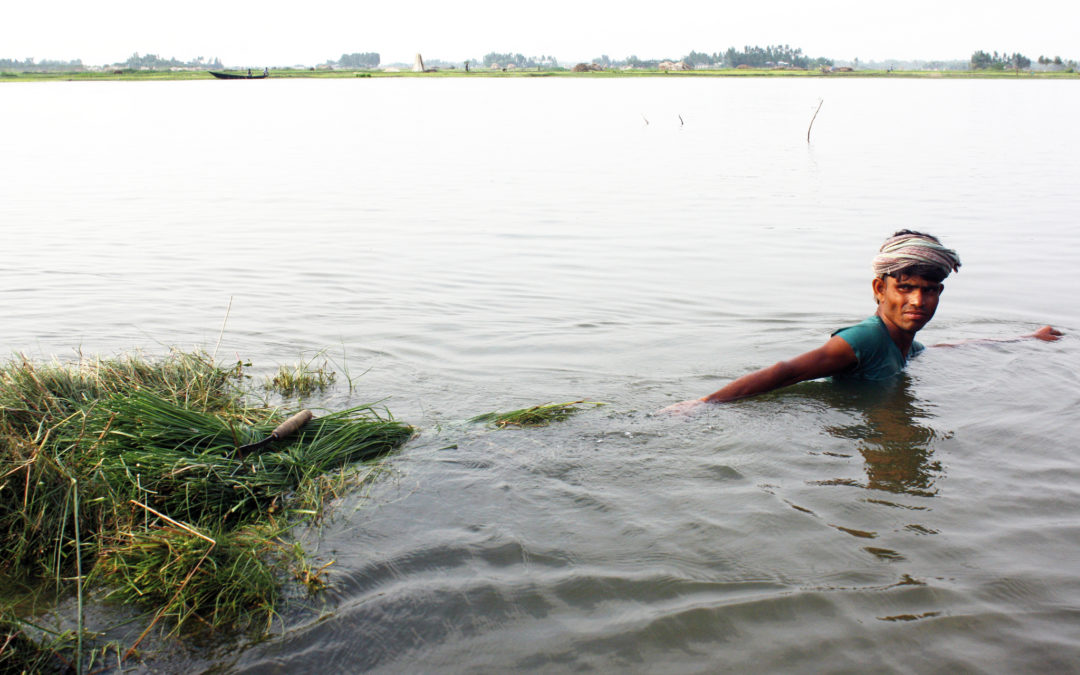 Placing climate change amongst the causes of disasters

Debates about whether climate change has played a role in a particular disaster tend to polarise very quickly. This post is an attempt to place climate change amongst the forces that create displacement and chaos after disasters.

When hurricanes strike people are usually displaced internally. They are forced from their homes and travel to the nearest place of safety. In the aftermath of a disaster people will often move again, but again usually within their own country. People who are displaced in this way are often vulnerable. They may find that their rights are not respected in their new location, that government agencies want to forcibly move them again or “contain” displaced people against their will. The Guiding Principles on Internal Displacement (GPID) were established to set the ground rules for how governments must treat people when they have been internally displaced. As climate change alters disasters and increases displacement, more and more people will need the GPID to ensure their rights are respected.

Support the Platform on Disaster Displacement

Usually when disasters strike, people stay within their country. But this isn’t always the case. In some cases people will move across international borders. When this happens they fall into a legal limbo. They don’t necessarily have the right to stay in their new country, even if going back means placing themselves in extreme danger. The Refugee Convention very specifically identifies what someone must be fleeing in order to gain refugee status. Disasters and the impacts of climate change are not included, and there are sound legal reasons why trying to edit the refugee convention won’t work. Therefore a new programme has been set up to protect the rights of people fleeing across borders as a result of disasters and the impacts of climate change. The Platform on Disaster Displacement is an agreement between 100 countries that outlines how the rights of such people should be protected when they have fled across a border due to a disaster. The Platform is non-binding and not all countries have signed up. But as climate change begins to create more displacement the Platform will become increasingly important, and states must begin to engage with the Platform if they haven’t already.

Planning for disasters saves lives. Places that have invested money in planning for disasters recover faster and face lower death tolls. When people are displaced by disasters, emergency plans can mean that they have somewhere safe to go – where immediate medical and trauma needs can be met. Planning for disasters isn’t cheap, and this means that rich places often cope better in disasters than poor places. Wealthy places that don’t yet have decent energy planning should start investing. Underinvestment in places populated by religious and ethnic minorities is obviously shocking, but also common. Poor investment in emergency  planning often follows the same geographic patterns as low investment in housing, health and education. Challenging unequal investment in emergency planning is therefore part of challenging wider inequalities across our societies.

It is an uncomfortable truth that as the planet warms some places will become impossible to protect from the impacts of climate change. For the people who live in these places, safe and legal ways of moving must be created. For the people of the island state of Kiribati this has become known as “migration with dignity”. Rather than becoming “climate refugees” they would prefer to move legally, with their rights fully respected and become part of new communities. But migration with dignity is not a given. Unless states become more open to the idea of safe, legal migration in the face of climate change, many people will be forced to move illegally. Or governments may attempt to move people without their full consent. For example, in China thousands of people have been moved against their will on the pretext of protecting them from environmental degradation. As climate change makes some places impossible to protect from disasters, governments must think about how people will be helped to move with dignity and safety.