Research Round Up: Wealth Migration- one possible solution to social injustice and climate change 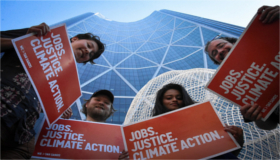 Climate change mitigation must be accompanied by a genuine redistribution of benefits from high-income to low-income countries in order to tackle the challenges of both mitigation and development. So far the proposed funding for climate change mitigation has not addressed the imperative of (re) distributions between countries in the north and south. Instead, the existing financial proposals involve investments or purchases of domestic assets owned by large transnational corporations.

This paper presents three critical reasons to why redistribution is crucial for a shift to low carbon economies. Firstly, the construction of capital infrastructure in the south allows productivity to take place through efficient technologies that reduce energy use and carbon emissions. Raising productivity in the developing countries is one important component of poverty alleviation but raising green productivity is also important for climate mitigation. Secondly, the dominant flows of wealth in the global economy are currently repressive rather than progressive. Developed countries have a tendency to outsource production and their carbon emission to poorer countries hence technologies are often owned and controlled by north economies, diluting national ownership and industrialisation. A redistributive transfer agenda from north to south has the potential to increase control over flows of value and wealth. Lastly, rapid population growth and raised productivity put pressure on job creation, especially green jobs. Redistributive processes play an important part in bolstering the capabilities of the workforce e.g. vocational training and boosting the financial capacity for employment generation.

The author highlights the need to focus on how to organise a global redistribution of wealth in a manner that does not reinforce developing countries’ existing forms of dependency.

* Redistribution of wealth is part of the Just Transition framework that advocates a global decarbonisation agenda based on a social justice approach. 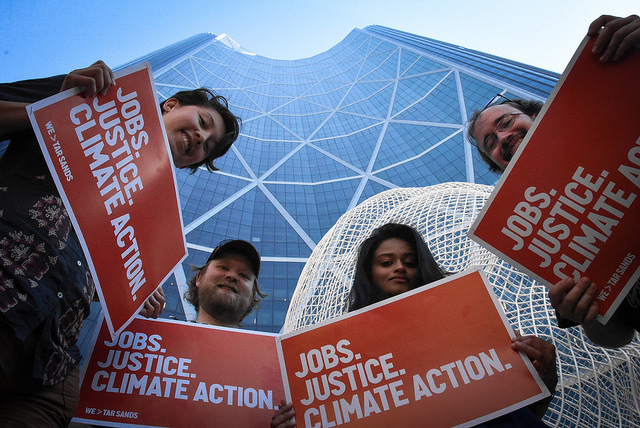 Chanelle Andrén is a volunteer at UK Climate Change and Migration Coalition and writes the round up of new research on climate change, migration and displacement. Her background is in International Human Rights Law with specialisation in ‘Just Transitions’.