Research Round Up: Shifting identities in response to climate induced migration 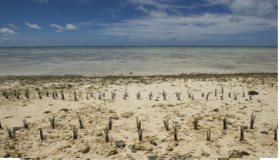 Awareness exists about the potential impacts climate change will have on low-lying islands but we know little about how climate change might effect people’s sense of identity. Sea level rise and flooding are two out of several scenarios that threatens low-lying islands with the potential to displace entire populations permanently from their homes. Kiribati and Tuvalu are among those islands who are predicted to experience significant inundations that may render them uninhabitable. This new study aims to understand how the island populations cope with the knowledge that their statuses are constituted as future climate change migrants. The authors intend to respond to issues that include what this means for the islands identity and the way the islanders perceive themselves and their surroundings. In a nuanced way, the study challenges the common discourse that migration associated with climate change is a crisis of mobility rather than a necessary response mechanism. Lastly, it gives us an insight into the emergent shifts and the search for identity as an effect of climate change mobility. 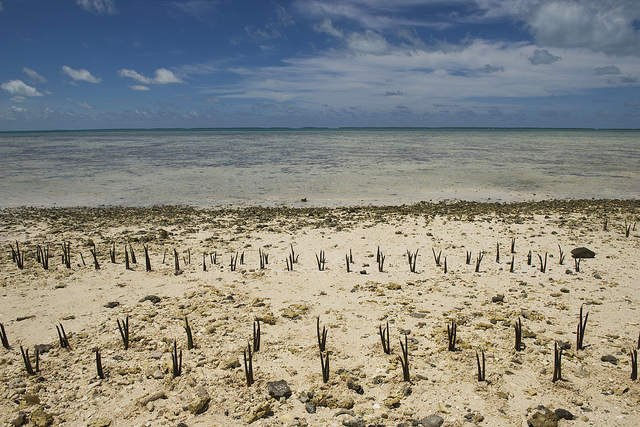 A view of mangrove shoots planted by Secretary-General Ban Ki-moon and others on Tarawa, an atoll in the Pacific island nation of Kiribati. Mr. Ban made an official visit to the area to discuss local peoples concerns about the effects of climate change on this low-lying land.

Chanelle Andrén is a volunteer UK Climate Change and Migration Coalition and writes the weekly round up of new research on climate change, migration and displacement. Her background is in International Human Rights Law with specialisation in ‘Just Transitions’