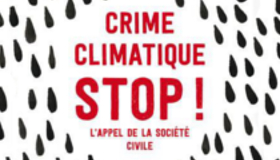 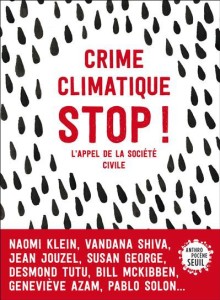 In the chapter the authors explore how climate change is affecting some of the world’s most vulnerable people and forcing them from their homes. The chapter contains testimonies gathered by the Climate Change and Migration Coalition, which also featured in our Moving Stories publication.

Other chapter authors include Naomi Klein, Bill McKibben and Vandana Shiva. The book is edited by 350.org and Attac France and published by Le Seuil (In French).

The Chapter opens: “In 2013 , natural disasters forced 22 million people to flee their homes. A number that exceeds the ‘political’ refugees in the legal sense of the term, those forced to leave their homes because of violence and persecution, and whose number stands at 16.9 million. This figure does not include those displaced by the more progressive impacts of climate change, the number of which is currently impossible to estimate.”

The book is available from the Attac France website – €20