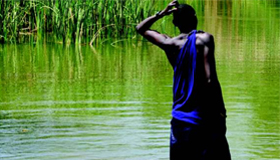 The University of the UN and Care have release a report looking at relationship between changing rainfall, livelihoods and migration. We reported on the new maps the project produced  back in September. The final report of the project shows that migration is increasingly becoming a key survival strategy for people who’s livelihoods are impacted by changing rainfall patterns.

On the relationship between changing rainfall and migration the research finds: