Migration as climate adaptation: from coping strategy to policy? 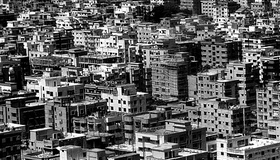 We were very pleased to be invited to present at the International Organization for Migration’s consultations in Geneva last week. This event was designed to give a voice to civil society organisations working on migration and displacement. We spoke in the session specifically on climate change and migration – and we focused our presentation on the emerging idea of migration as a form of climate change adaptation.

The key points we made were:

A short video of our presentation will be available soon.