Environmental, rather than climate refugees

The phrase suggests that the driving force behind someone’s movement is linked more broadly to the environment rather than specifically to climate change. This is in part because the phrase came to prominence before climate change occupied such a prominent place in public and political debate. It also means that the definition potentially includes people who move for non-climatic environmental reasons like volcanic eruptions or erosion that may not be linked to climate change.

For more on these issues read our briefings:

However, it also worth noting that the term “environmental refugees” does not have any kind of official recognition. None of the international agencies that work with migrants and refugees give the phrase any official status. While some government officials may have used it, the phrase is not codified in any national or international laws.

The fact that the phrase contains the word “refugees” is often taken to imply that environmental refugees do or could benefit from the protection of the Refugee Convention. Unfortunately this isn’t the case.

The 1951 Refugee Convention states a set of very clearly defined reasons that can be the cause of of someone’s displacement. Environmental forces are not amongst these stated reasons. So while the phrase might be evocative or useful in communication, it doesn’t mean that “environmental refugees” have the same rights as other refugees.

Further, most people who move due to changes in their environment usually don’t cross an international border – they move internally. A key part of the definition of a refugee is that they have fled their own country. Again, this means that the term “Environmental Refugee” may not properly convey the kind of human movement that environmental forces are actually creating. 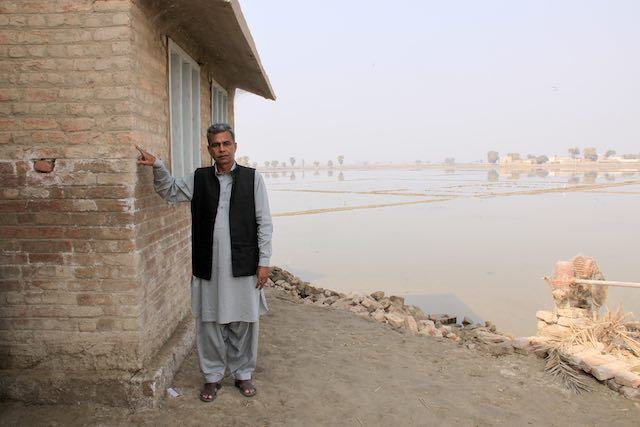 How many environmental refugees will there be?

Because of the difficulty in defining who counts as an environmental refugee, it is also very difficult to say how many such people there are, or will be.

The statistics that are usually quoted by the media are often stated as estimates of “climate refugees” rather than “environmental refugees”. However this phrase suffers from the same issue around lack of official definition and problems defining exactly who is an who isn’t a “climate refugee”.

More reliable statistics are available on the numbers of people who are displaced by disasters. This data is available by country and disaster type, allowing a fine grained approach to looking this kind of displacement across the world. While the people counted by this data are not strictly “environmental refugees”, these figures do give us a sense of the scale of disasters induced displacement.