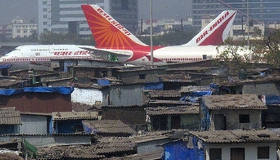 We are very excitied to heading to Lund, Sweden to be part of the conference. The conference asks: “What is the relationship between neoliberal imaginaries, discourses and policy-making and the phenomenon of climate change-induced migration? As scholarly and policy debates about the relationship between climate change and migration gather pace, very few scholars have sought to ask how this relation might be understood within the wider political economic context of neoliberalism.”

“I have never encouraged the status of our people being refugees,” Kiribati’s president Anote Tong said from the conference sidelines. “[But] we have to acknowledge the reality that with the rising sea, the land area available for our populations will be considerably reduced and we cannot accommodate all of them, so some of them have to go somewhere, but not as refugees.” ABC News

Migration Seen Through the Prism of Climate Change

“Norwegian minister of foreign affairs, Jonas Gahr Støre affirmed that back in 2011 at theNansen Conference on Climate Change and Displacement: “Human displacement due to climate change is happening now. There is no need to debate it.” The realisation, somehow, has not hit authorities in Pakistan, who remain in a state of denial. This, despite the reality of having witnessed a movement (albeit a slow one) of people from rural to urban centres, due in part to climate-related events which have been taking place over the last several decades.” Climate Himalaya

“They have long been described as climate refugees: the hundreds of thousands of people living on low-lying Pacific islands who may be forced to migrate if rising sea levels leave their homes uninhabitable. But it is a term Pacific leaders say is loaded with political connotations and does not reflect the true dimensions of the problem. “They see [refugee] as a negative term that connotes victimhood and people in need of protection by the international community,” Professor Jane McAdam, director of the Andrew & Renata Kaldor Centre for International Refugee Law at UNSW, told the ABC.” UNSW

Why gender disaster data matters: ‘In some villages, all the dead were women’

“Data on the 2004 tsunami found that women were more affected than men. It’s time to recognise gender in disaster response. Disasters triggered by climate change are not blind to gender and age. They affect men and women, the old and the young, very differently. Sex and age are some of the most powerful indicators of how individuals will experience a disaster: who survives and who dies. Despite this, we have worryingly little data on the issue. Guardian