Climate change, vulnerability and human mobility: Perspectives of refugees from the East and Horn of Africa 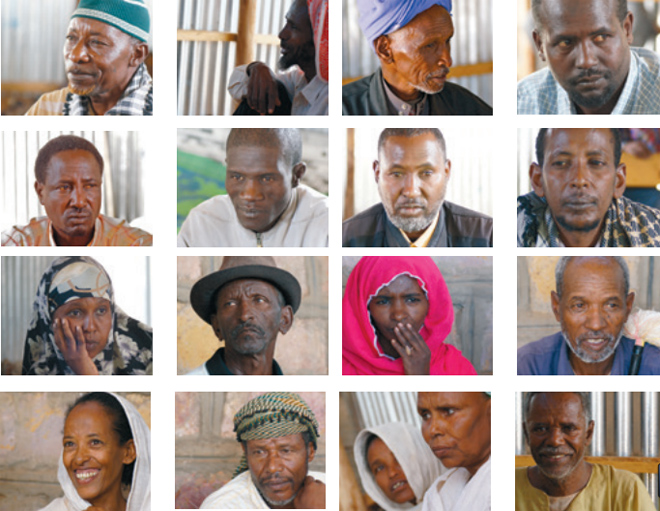 The UN Refugee Agency (UNHCR) and the United Nations University for Environment and Human Security (UNU-EHS) launched a report of testimonies last week from refugees in the East and Horn of Africa. The testimonies detail refugee experiences and understanding of the relationship between climate change, conflict, livelihoods and displacement. Conducted in three Ethiopian camps – Shedr, My Ayni and in Fugnido, those interviewed came mainly from Eritrea, Somalia and Sudan. Interviews were also conducted in Uganda, primarily with people who’d fled the Democratic Republic of Congo, Sudan and Somalia. The testimonies themselves are a fascinating but sobering account of situation in the region. Though UNHCR has no mandate to protect those displaced by environmental change the Agency plays an increasingly important role in disaster response. The UN High Commissioner for Refugees – Antonia Gutteres has been particularly vocal over the last few years in pushing for greater UNHCR involvement on climate change.

Many of those interviewed have noticed shifts in weather patterns that go beyond the usual “bouts” of bad weather. Others identify a more permanent shift in weather, predominantly through its striking affect on agriculture.

“Rainfall has been decreasing since the year before liberation – I noticed a very big difference in the height of grass. In the early days it was like savannah grass, now it is short and thin.”
Tigrinya pastoralist from Eritrea, My Ayni Camp, Ethiopia

“The weather has become odder and odder. There used to be floods but today there are no floods. People suffer from famine during the droughts. If there is an absence of rain, nobody can do anything – it is a decision of God.”
Elderly farmer from Eritrea, My Ayni Camp, Ethiopia

Moving away from homelands in response to environmental change was a last resort for most of the people interviewed. The interviews reveal a range of conventional adaptation strategies that small holders developed and used before eventually having to move. The coping strategies included crop switching, storing and transporting water and looking for non-farm work in order to diversify income.

None of those interviewed identified environmental change as a cause of violent conflict. However many did describe resource scarcity, sometimes caused by changing weather patterns as a factor that exacerbated existing conflicts. This is broadly consistent with other research on the connection between climate change and conflict; see for example the International Peace Journal special issue on climate change and conflict. Most people interviewed said they had moved internally first, before eventually crossing an international border. Many stated that their movement was multistage, with different factors affecting each movement. Many described moving within their own country as changing weather patterns degraded their livelihood. This would often lead to several further internal movements, before eventually crossing an international border to escape violence.

Several people pointed to social, political and economic factors that made adapting to changing weather patterns harder or impossible. For example, a number of people stated that repression, violence and state failure made adapting impossible and this lead to their initial displacement.

“And since there was the war, we did not receive any support from the government. Therefore, there are combined factors that made us suffer: droughts and war. If war did not exist, then we might have been able to stay, but now that the land is looted, there is no way for us to claim it.”
Elderly Somali farmer, Nakiavale Settlement, Uganda

The report offers a valuable insight into people’s perceptions of how climate change is affecting migration and displacement on the ground.  As the report’s authors point out, it will also help shape how UNHCR responds to displacement linked to climate change in the longer term. Whether or not climate factors play a primary role it’s clear that changing conditions are affecting those who do fall under a UNHCR mandate. A reality that, reluctant or otherwise, the agency will have to respond to.  The research also contributes to the growing evidence on the issue. But the nature and methodology of the research are also important. The use of testimonies begins to make the voices of affected communities more central to the debate.