Marina’s research focuses on the analysis of complex and dynamic systems, with emphasis on network theory and agent-based models applied to social and economic issues, particularly concerning developing countries. Marina explores the relationships between climate change, agricultural land use and human-migration patterns in South Africa. Her main research question concerns the role of economic factors as driving forces of land-use adaptation and human migration in the presence of climate change.

Adverse climatic factors – ranging from extreme weather events, to more gradual variations in climate – are increasingly recognized as a possible driver of internal and international human migration. In less developed countries, migration is often used to cope with issues associated with adverse climatic conditions. Such issues include the worsening in individual health, the reduction in home-safety or the decrease in household-asset value due to land and property degradation. Interactions between climate and economic activities can also indirectly affect migration decisions. For example, changes in climatic conditions may reduce agricultural productivity and raise food-commodity prices. This may negatively affect income and employment opportunities of people working in the agricultural sector (or in industries strongly dependent on it), possibly boosting rural-urban migration, and ultimately affecting migration decisions of urban households resulting in international migration.

The complexity of the nexus between climate and migration requires huge efforts to the scientific community to achieve a good understanding of the multiple channels through which climate affects migration. This would be extremely helpful for the policy-makers who need to design proper (national and international) measures to face the challenges posed by projected climate change. 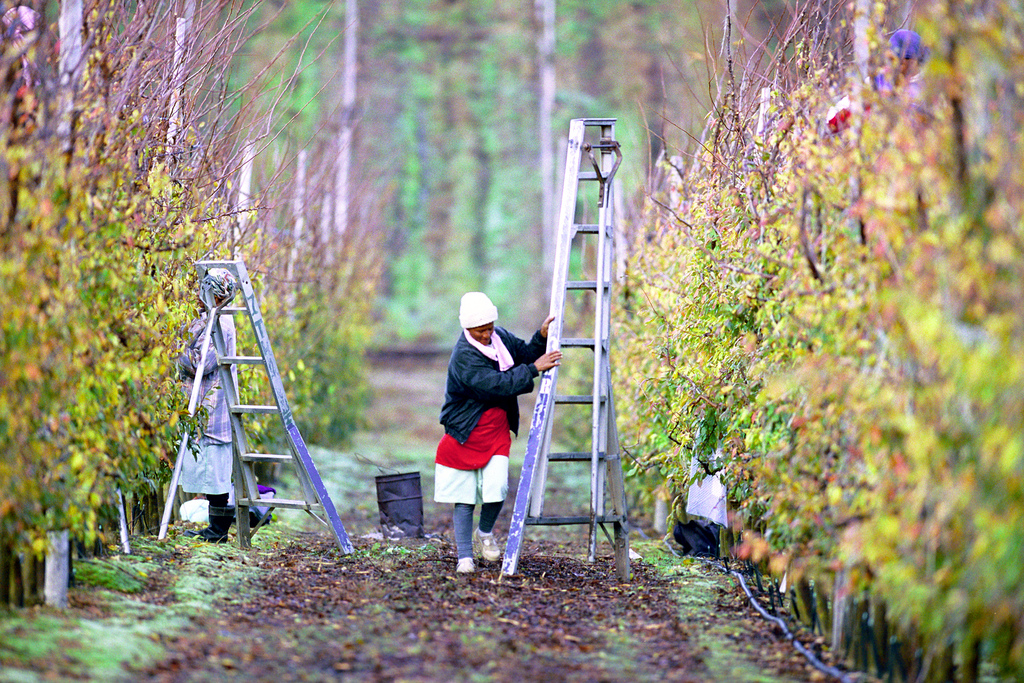 In our recent work, we have studied how climate variability influences internal migration in South Africa. We believe that the investigation of this issue in South Africa is particularly relevant for a number of reasons. First, a comprehensive analysis of climate data suggests significant and unevenly distributed changes in climate across South Africa. Such changes include increases in average annual temperatures; a decrease in the number of rainy days and an increase of inter-annual variability in precipitation. Second, South Africa is characterized by a highly mobile culture, with approximately 12% of the population (about 6m people) moving between 2007 and 2011. Of that, 11% moved internally. Third, the persistent, high levels of poverty and inequality, which are highly correlated with ethnicity in South Africa, raise the question of whether some South Africans (the black and the poorest people) are more vulnerable to climate change and are more likely to use migration as an adaptation strategy to cope with it. Fourth, since a high proportion of South African agriculture is still rainfed, and highly dependent on climate, we wanted to investigate whether, if climate variability influences migration decisions, this also occurs through its negative impact on agriculture.

black and low-income migrants tend to be more strongly affected by climate in their migration decisions than their white and high-income counterparts.

In our work, we have combined South African census data with climatic data taken from the African Drought and Flood Monitor project, and employed econometric techniques to explore the role of climate variability on inter-district migration flows in the periods 1997-2001 and 2007-2011. Specifically, we have tested the influence of positive temperature extremes, of positive and negative excess rainfall, and of soil moisture, along with a number of geographic, socio-economic and demographic factors traditionally identified as potential drivers of migration.

We have found that our climatic measures significantly influence migration flows. In particular, black and low-income migrants tend to be more strongly affected by climate in their migration decisions than their white and high-income counterparts. Our analysis also indicates that adverse climatic conditions tend to reduce agricultural employment, and such a negative impact tends to boost out-migration. We suggest that agriculture is an indirect channel through which climate variability affects migration. This study is the first exploring the relationship between climate and migration in South Africa. Further research is needed to consolidate the lines of evidence regarding this link. Such research may concern: the issue of immobility due to financial constraints; how different climatic factors might affect different types of migration (e.g., rural-urban, internal vs. international); whether migration ultimately represents an effective adaptation strategy to cope with climate change.