14 million uprooted by natural disasters, with most displacement taking place in Asia 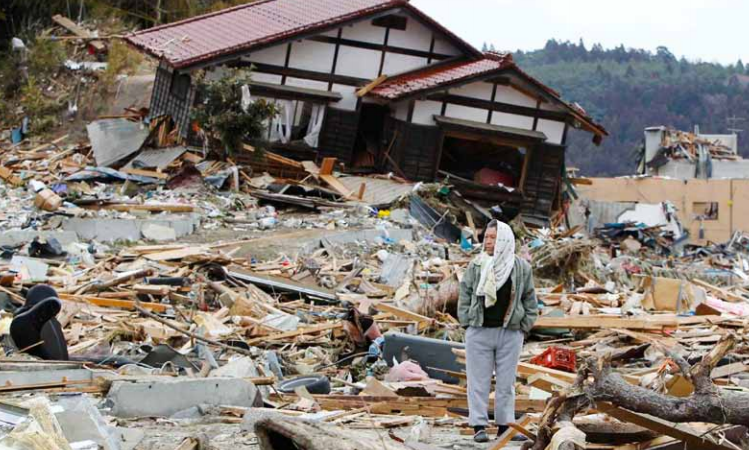 14 million people were uprooted by natural disasters in 2011. 89% of the displacement took place in Asia according to a new report released by the Internal Displacement Monitoring Centre and the Norwegian Refugee Council.

From the press release:  The Internal Displacement Monitoring Centre (IDMC) of the Norwegian Refugee Council (NRC) today launched its figures on people internally displaced worldwide by natural disasters at the Rio+20 conference in Brazil. The report found that in 2011, 14.9 million people were internally displaced throughout the world due to natural disasters, mostly related to weather events such as floods and storms. 89% of the displacement occurred in Asia “The ten largest disasters in terms of the amount of people displaced all took place in Asia including multiple events in China, the Philippines, Sri Lanka and Japan” says NRC’s Secretary General Elisabeth Rasmusson. “The worst were the prolonged flood disasters in China and Thailand which together displaced over 5 million people”.

From the executive summary: In recent years, governments and other stakeholders have given increased attention to internal displacement associated with the impact of natural hazards such as floods, storms, extreme temperatures, wildfires, earthquakes and volcanoes . Further knowledge and action is needed, however, to better understand and address the multiple risks involved and find sustainable solutions for people displaced by such events . Often referred to as “natural” disasters, they are created by hazards in combination with other drivers of risk and vulnerability. Many of these drivers are, in fact, the result of human action, inaction or lack of capacity to prevent or reduce the impact of such events on exposed populations